In 1970 at the height of Apartheid control in South Africa, the Springboks played Ireland at Lansdowne Road.

The South African rugby tour of Ireland and Britain throughout 1969 and 1970 resulted in protests and demonstrations across Dublin and at Lansdowne Road at the match on 10 January 1970.

The Irish Anti-Apartheid Movement organised protests throughout the All-White South African teams' stay in Ireland demonstrating their opposition to the apartheid system in South Africa.

This footage was broadcast as part of an RTÉ News report on 9 January 1970. 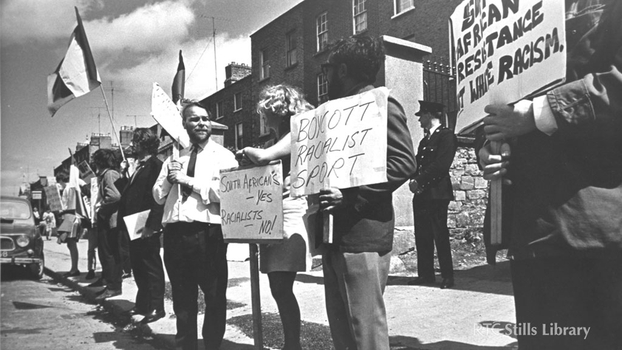