After the inauguration the new President met with dignitaries at Áras an Uachtaráin.

On 19 December 1974 Cearbhall Ó Dálaigh was sworn in as the 5th President of Ireland. Following the inauguration at Dublin Castle, President O'Dálaigh is pictured arriving at Áras an Uachtaráin where he receives a host of dignitaries.

Cearbhall Ó Dálaigh resigned as President of Ireland in 1976 following a clash with Liam Cosgrave's government.

This RTÉ News footage was broadcast on 19 December, 1974. 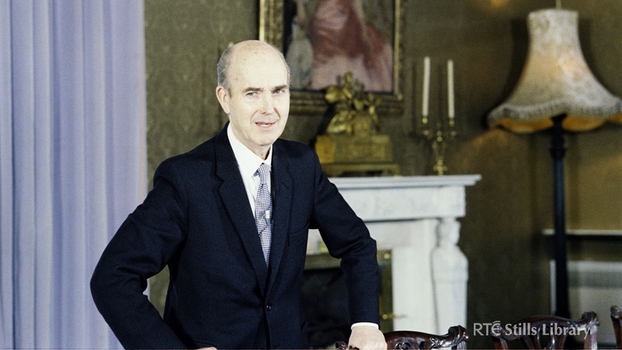 PRESIDENT OF IRELAND
ÁRAS AN UACHTARÁIN
1974