Shortly before the release of 'The Field', Richard Harris on 'The Late Late Show' where he talked about the film.

As the show ends and the credits roll, Richard Harris continues chatting to Gay Byrne (off-air) about a letter he received while performing Henry IV. The conversation was recorded and the cameras were switched back on.

The letter complains about how an evening at the theatre was destroyed as a result of Richard Harris breaking wind on stage at the beginning of the first act. The letter was written by a husband and wife, who were in attendance at the theatre on the night, who say that their night was "marred" by the experience.

This piece was shown on The Late Late Show the following week.

This episode of The Late Late Show was broadcast on 23 November 1990. The presenter is Gay Byrne. 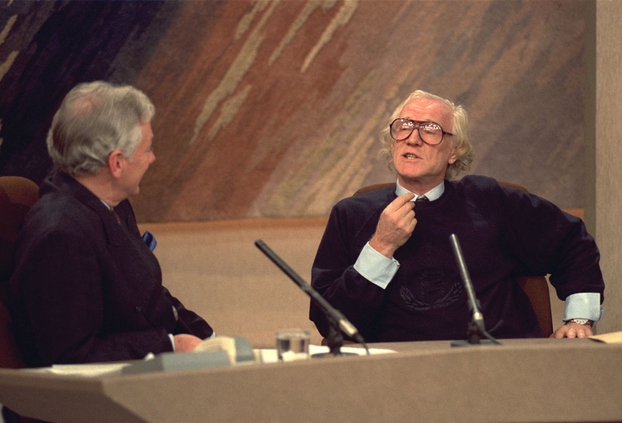