Home movie featuring a fine garden, cars and lawn tennis but where is it and who are the people in the film?

The world's audio and moving image recordings are vulnerable for a range of reasons, natural decay, technological obsolescence and even deliberate destruction.

Like most archives there are among our collections at RTÉ Archives items that we are preserving but we do not know a lot about. Such is the case with this piece of film from circa 1930. Help from anyone who might be able to tell us about the people or the location that feature here would be most appreciated. The two rolls of film show people posing for the camera in a large garden, playing tennis, people with two cars and a brief shot of scouts marching.

The films were deposited with RTÉ Archives by Jimmy Quinlan who got them and a 9.5mm projector at a car boot sale in Athy county Kildare. 9.5mm film used a single perforation sprocket hole between each frame and was especially popular in the 1920s and 1930s.

The cars may offer some clue. In the film the car of the left registration number looks like TO 7149 or T6 7148. 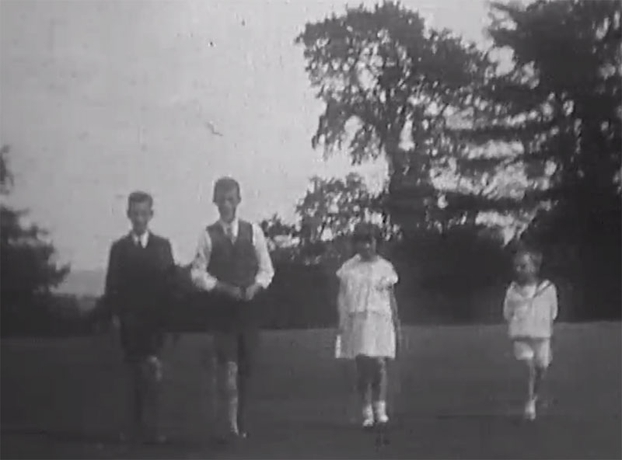