Singer Frankie Vaughan died at home in High Wycombe, Buckinghamshire, on 17 September 1999.  He was born in Liverpool in 1928 and was known for traditional pop songs including 'The Green Door' (1956) and 'The Garden of Eden'(1957).

Vaughan appeared on 'The Live Mike' on 25 March 1983. In this clip, he performs 'Hello Dolly' with host Mike Murphy. 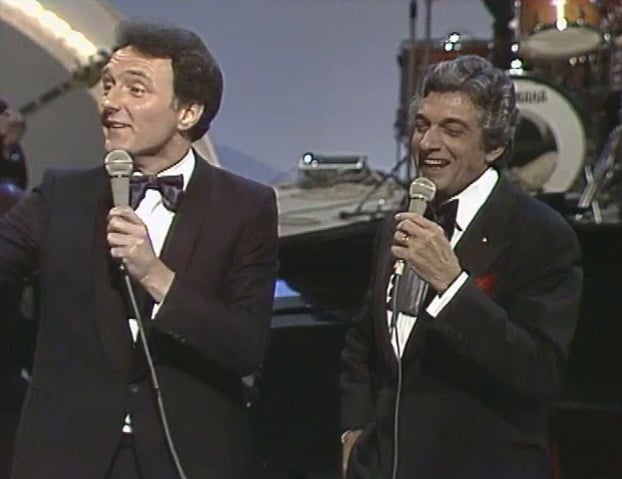