On 30 June, 2004 The Luas, Dublin's tram system began running on the Green line from Sandyford to St. Stephen's Green.

Philip Boucher Hayes of 'Five Seven Live' speaks to Minister for Transport Seamus Brennan and some of the first passengers about the experience of travelling on the first tram.

The Transport Minister had joined invited guests on the first tram which left the Sandyford depot for St. Stephen's Green, with an estimated journey time of 22 minutes.

A second Luas line, the Red Line, opened on 26 September 2004 running between Connolly Station and Tallaght. 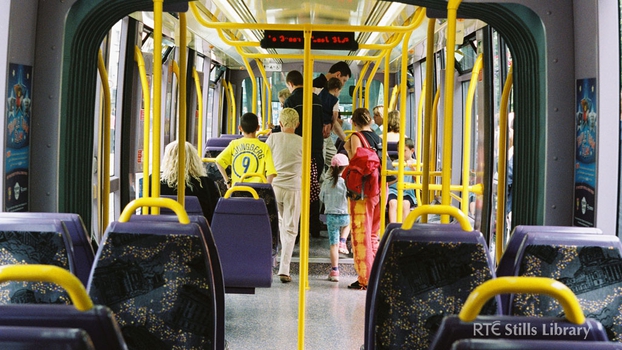