American President Ronald Reagan is to visit Ballyporeen in Tipperary his ancestral home.

Ronald Reagan's great-grandfather lived in Ballyporeen until he was about twenty years of age before leaving Ireland for London around 1850 and later America. In June President Reagan will visit to his ancestral home.

In the weeks leading up to US presidential visit, the town receives a make-over. Fresh white lines are painted down the centre of the main street, new telephone kiosks are fitted, and a new telephone exchange is installed.

Councillor Con Donovan speaks to RTÉ News about the preparations.

The presidential visit will bring world's media to the small County Tipperary town. Large tents are erected to accommodate the journalists who will be reporting on the visit.

Tom Donovan tells RTÉ News about the international television and press crews that have already visited Ballyporeen in the lead up to the arrival of President Reagan.

Ballyporeen wants to present itself in the best possible light to the international media. However, the story of a pony in a pub, set up for a British audience, presents a view of rural Ireland that is not exactly how residents had planned to present their town.

An RTÉ News report broadcast on 22 May 1984. The reporter is Michael Ryan. 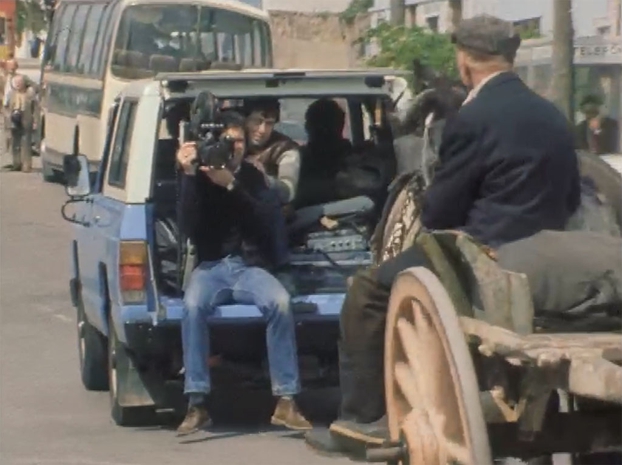