The first day for Lyric FM a new national radio station dedicated to music and the arts.

Broadcaster Michael Comyn got the new Lyric FM station on air from the Limerick studios. Another presenter Éamonn Lawlor recalls how he listened to classical music as a teenager. Séamus Crimmins, Head of Lyric FM says the new station is,

All about great music.

Lyric FM's digital studios in Cornmarket Row Limerick are among the most advanced in the country.

The music and arts channel was developed from FM3 Classical Music, which broadcast classical music on the RTÉ Raidió na Gaeltachta network. A new national FM transmitter network led to the decision to separate FM3 from Radió na Gaeltachta and expand its remit to include other types of minority music.

An RTÉ News report broadcast on 1 May 1999. The reporter is Cathy Halloran. 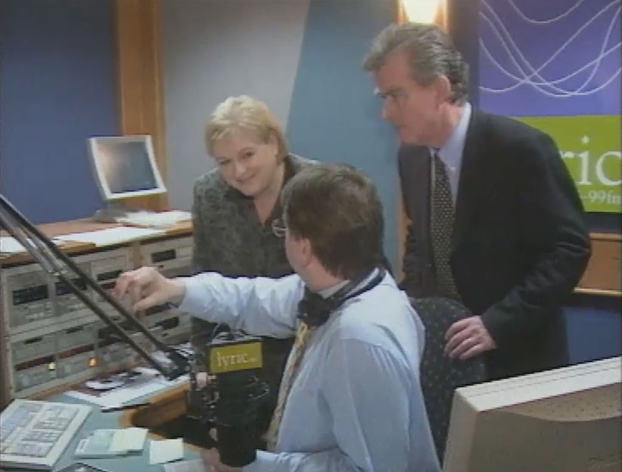