Christy Ring died on 2 March 1979 at the age of 58 his funeral was one of the biggest seen in Cork for many years.

The coffin was draped in the colours of Glen Rovers and the GAA. The funeral cortege took over three hours to make its way from Cork city to Christy Ring’s native parish of Cloyne, where he would be laid to rest.

The final prayers were led by the Bishop of Cloyne, Dr Ahern and the oration at the graveside was given by the Taoiseach Jack Lynch.

An RTÉ News report broadcast on 4 March 1979. The reporter is Michael Walsh. 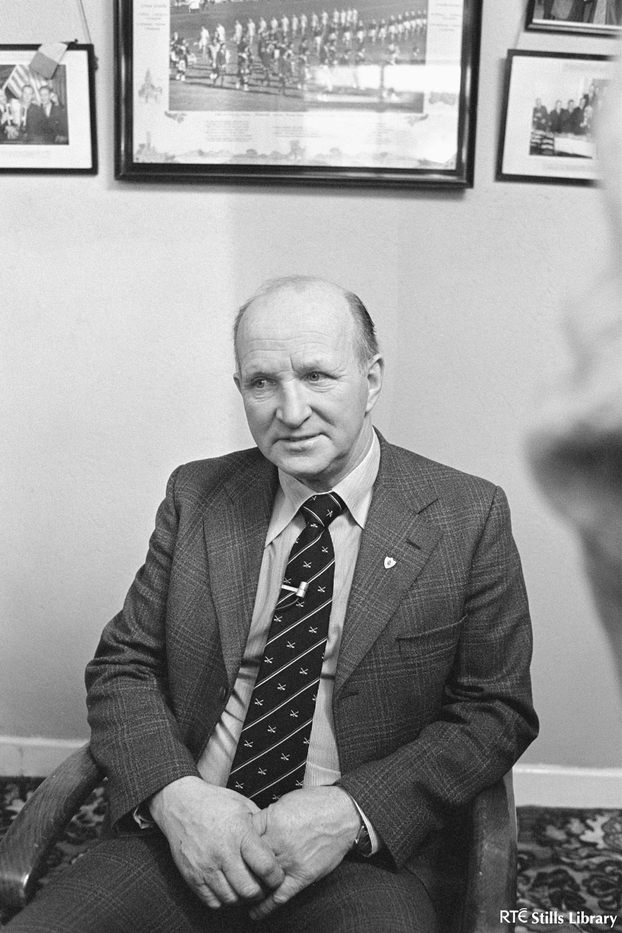