A Late Late Show special programme on apparitions and moving statues of the Virgin Mary, which people had claimed to see at various locations throughout Ireland during the summer of 1985.

This report is from Culleens in Co. Sligo, where four teenage girls say the Virgin Mary appeared to them in the sky.

Every night since it happened, Mary Hanley, sisters Patricia McGuinness and Colleen McGuinness, and their cousin Mary McGuinness have retraced their route one and a half miles along a dark country road as part of a novena of grace in honour of the Virgin Mary. They tell their story in this report, which shows crowds gathered at the spot where they say the Virgin Mary appeared. A young boy gives his account of the vigils and what he saw there.

This episode of The Late Late Show was broadcast on 13 September 1985. The presenter is Gay Byrne. 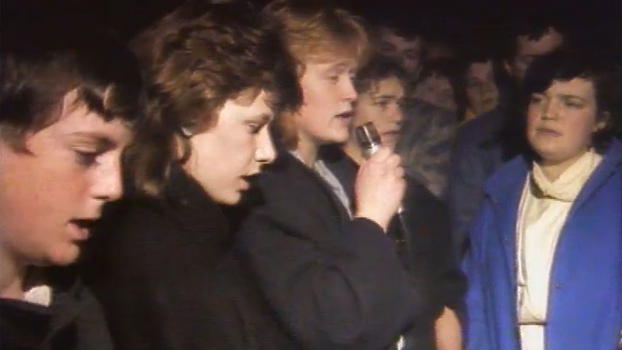