Salman Rushdie, who has been in hiding since January 1989 after Iran's Ayatollah Khomeini issued a fatwah on him after the publication of his novel 'The Satanic Verses' (1988).

Rushdie joins U2 on stage during their Zooropa tour, his first public appearance in almost five years. 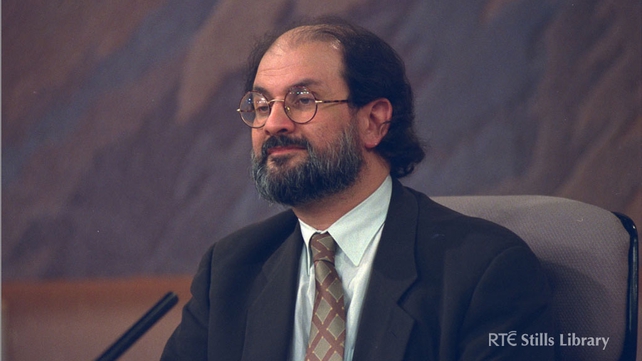 Salman Rushdie had appeared on the Late Late Show on the 15 January 1993. Rushdie was in Dublin to attend a conference at Trinity College.

An RTÉ News report broadcast on 12 August 1993. The reporter is James Furlong.