Commuters describe how the ongoing bus strike has impacted on them.

In Ballymun, Dublin five army lorries were on duty out of a total of 50 lorries deployed between Dublin and Cork. As the morning went on, however, the queues grew longer and in Finglas, at one stage, there was a line over 50 yards long of commuters waiting for a lift.

An RTÉ News report broadcast on 18 January 1979. The reporter is Seán Carberry. 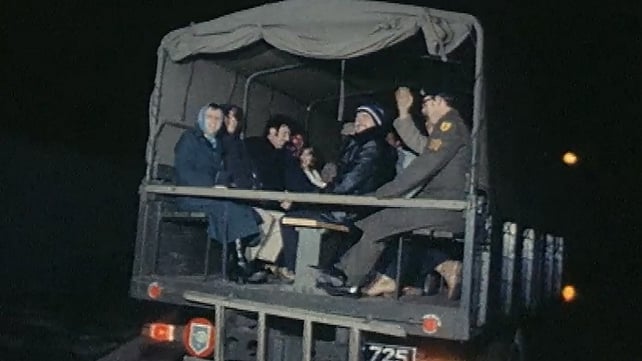 Commuters in the back of an army lorry during the 1979 Dublin Bus strike.