A maintenance strike means that one third of Dublin buses are off the road.

There are no services on nine bus routes and restricted services on over twenty others. Queues of Dublin commuters line the streets in Dublin city centre. Despite the petrol shortage, there is still steady traffic throughout the city as many CIE commuters opt to travel by car because of the strike. Member of the public give their reaction on the strike to RTÉ News.

City bus services in many areas were erratic.

Provincial bus services are also affected by the 'work-to-rule' and overtime ban by the maintenance men.

An RTÉ News broadcast on 28 March 1979. The reporter is Reg Cullen. 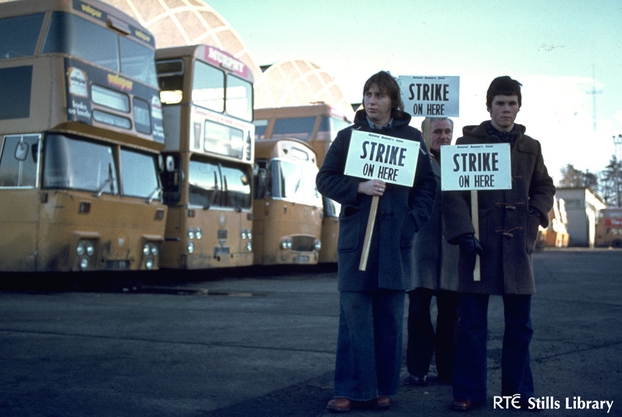