The opening round of the Super 8s sees the provincial winners enjoy home advantage. Will be it be a clean sweep for the aforementioned mentioned quartet, namely Roscommon, Dublin, Donegal and Kerry?

ONLINE
Live blog on RTÉ.ie and the RTÉ News Now App from 4.30pm on Saturday and from 1.30pm on Sunday.

RADIO
Saturday Sport on RTÉ Radio 1 from 2.45pm will have live commentary on Roscommon v Tyrone from Pauric Lodge and John Casey, while Brian Carthy and Mickey Quinn will be on hand to describe Dublin v Cork. Further analysis from Aidan O'Rourke and Michael Meehan.

Raidió na Gaeltachta from 2pm on Saturday and Sunday will have live updates on Roscommon v Tyrone, with live commentary of Donegal v Meath and Kerry v Mayo.

Above games also live on GAAGO.

Highlights of all the weekend's action on The Sunday Game and the RTÉ Player from 9.30pm on RTÉ2.

WEATHER
Saturday will be dry across the bulk of the country with a mix of cloud and sunny spells. After a rather cloudy start sunshine will break through in many areas during the afternoon. Highest temperatures of 17 to 23 degrees, warmest in southern counties. Sunday will be warm and dry with sunny spells. Highest temperatures of 20 to 25 degrees and mainly easterly breezes. For more go to met.ie.

Rossies eye something tangible a year on from some harsh lessens

The weekend's action gets underway at Hyde Park with the same pairing that opened up the new world of the Super 8s some 52 weeks ago at Croke Park.

Tyrone ran riot on that Saturday evening, winning in the end by 18 points. Afterwards the then Roscommon manager Kevin McStay said his side couldn't live with Tyrone's athleticism and conditioning.

He summed it up by twlling RTÉ Sport: "You are trying to keep the margin manageable and all the runners are coming from the defence all the time and we started were getting tired and not tracking."

Roscommon never recovered from that trimming.

McStay would in time vacate the hotseat, with some credit in the bank it must be said.

Enter Anthony Cunningham and we have a Rossies side that have a tougher edge to them and a pretty impressive forward line, no doubt strengthened by the addition of Kerry native Conor Cox.

Hubert Darcy and Cathal Compton really caught the eye when introduced in the Connacht final - a game where the Rossies upped it in the second period - nine scores from 11 shots underlined their dominance.

That said, they hit a fallow period in the run up to half and Tyrone would hurt them more than Galway if they find themselves in a similar trough at the Hyde.

Roscommon are a genuine top-eight side and have a defensive mindset that is up there with other leading lights. They have had four weeks to prepare for this game, ample preparation to ensure that there will be no similar crash-out to last year. With a game against the Dubs at Croker in a week's time, they will be desperate to get something on the board straight away.

It will be difficult, however, against a Tyrone outfit who, not for the first time have picked up serious momentum through the backdoor. Their wins over Kildare and Cavan were really impressive.

Peter Harte will be available for selection after having one of his three blacks cards rescinded.

In Conor McShane, Tyrone have the current top scorer in the championship with 2-29. Give him the right supply of ball and he'll do damage. Just another test for the Rossies in a game that should be a lot closer than last year.

In team news, Hubert Darcy comes into the Roscommon team to replace the injured Conor Devaney.

Devaney spent the aftermath of the Connacht final success on crutches, having been withdrawn injured during the first half. Darcy, from Padraig Pearses, replaced him on that occasion and is now elevated to the starting XV.

The Rossies team is otherwise unchanged

Cork supporters are no doubt parking any thoughts of Division 3 football next year and well they should.

Their footballers have been a joy to watch this summer and with a bit more composure, they could have a Munster title to be bragging about.

That said, they have arrived at this group phase with no shortage of confidence and after last week's trouncing of Laois, boss Ronan McCarthy was looking forward to having a crack off the Dubs.

He told RTÉ Sport: "This is where every player wants to be, playing the All-Ireland champions above at Croke Park. What more could you want?

"If you don't want to be there, you shouldn't be here at all."

Certainly, Cork are playing a much more direct game, built on the likes of Liam O'Donovan, Mattie Taylor out of defence and the ball-carrying ability of Ruairi Deane. Up front, Brian Hurley and Mark Collins have been in sparkling form, while Paul Kerrigan is a useful addition from the bench.

Tomás Ó Sé, in his preview of the weekend's action on RTÉ Radio, says a six-seven point defeat would be a good outcome for the Rebels. They will need to curb the threat of Dublin's hard running from deep, while also ensuring that their full-back line stands firm against the expected onslaught.

The Dubs will no doubt have their eye on an All-Ireland semi-final berth. However, if they bag maximum points against Cork and Roscommon, there is a chance that their final group game away to Tyrone could have something hanging on it.

Jim Gavin and co won't be looking too far ahead.

Stephen Cluxton was Dublin's top scorer with 0-06 in the last Dublin-Cork championship game - the 2013 all-Ireland quarter-final.

Since Dublin's last championship defeat to Donegal in 2014 (AI semi) they have won 26 and drawn two of 28 championship games.

Since their win over Tyrone in the Ulster semi-final, Donegal have been elevated to second spot in the rankings with regard to the race for Sam Maguire.

It's a well-merited elevation. The Red Hand were dispatched with some ease on 8 June and then two weeks later, Cavan were taken care of far more easily than the five-point winning margin would suggest.

Jamie Brennan's long run ends in a goal. Donegal are on the verge of winning the Ulster Football Championship.

Highlights on @rte2 on The Sunday Game from 9:30pm pic.twitter.com/Z2AjAAevW8

Declan Bonner's side now have a good spread scorers in their side. Indeed, nine of their personnel got on the scoreboard in the opening half against the Breffni to ensure that the game was as good as over at the break.

Paddy McBrearty's return has added to Donegal's scoring thrust, while Jamie Brennan's emergence has been a highlight of the summer so far. Michael Murphy remains the dominant focal point, while Daire Ó Baoil, Frank Mcglynn and Leo McLoone are not bad options to have off the bench.

The Ulster final victory over Cavan was the second time that Donegal have achieved back-to-back provincial victories.

Meath are now at a place where some thought they would be following league promotion in the spring.

After the horror show of sorts against Dublin in the Leinster final, they recovered to see off Clare by the bare minimum last Sunday. In what was an enjoyable contest in Portlaoise, but the prevailing view afterwards was that the Royals may find things difficult in the Super 8s.

That said when they run the ball, Meath are a joy to watch and up front Cillian O'Sullivan, James Conlon and Mickey Newman are all able score getters.

In their two meetings in this year's league, Meath for much of the 140 plus minutes put it up to Donegal. They will need to show a similar drive and a bit more if they are to trouble Decaln Bonner's side by banks of the River Finn.

A tasty encounter in store

Following Mayo's Division 1 final victory over Kerry at the end of March, James Horan felt his side could have won by more than the four-point winning margin. That said, the Green and Red could easily have lost it late on in spite of their second-half dominance.

Fast forward to the summer and Mayo, via the backdoor route against Armagh and Galway, have again let the opposition back into it when it appears to all and sundry that the game is in the bag.

Still, Mayo, for the most part, looked assured in the win over the Tribesmen and Cillian O'Connor really stood out after only recently returning from a long lay-off. James Carr's two goals and the continued good form of Darren Coen underlines their potency in attack.

Andy Moran did not feature last Saturday but you can bet your bottom dollar he'll play some part in Killarney. It was against the Kingdom in those two All-Ireland semi-final games in 2017 where Moran really rediscovered his dash and set him up for Footballer of the Year recognition.

On the downside for Mayo is the loss of Patrick Durcan through injury. A player who bombs forward with intent, Durcan's absence is a blow on the back of Diarmuid O'Connor and Matthew Ruane both being sidelined.

Durcan's place in the Mayo starting XV is taken by his club mate Donal Vaughan, who will partner Aidan O'Shea in midfield. Stephen Coen moves to take Durcan's spot at number seven.

Kerry, as expected, retained their Munster crown, but not before Cork gave them a few things to worry about.

No bad test to have before this encounter, you would have to say.

We all know about Kerry's attacking threat, but doubts about them at the back still exist. For Tomás O'Sé, there are still questions as to what their best team is.

He outlined this on Morning Ireland and said: "Will Kerry change it up? Who is their centre-back, will Sean O'Shea move to midfield, will James O’Donoghue go to 11? I don’t know, Kerry don’t have a settled team.

"Will David Moran be fit, will he be able to match Aidan O'Shea? He is key.

"Will we get more out of the Kerry forwards, because if you’re being really, really harsh, David Clifford and Stephen O’Brien were the only two that performed against Cork.

"Kerry are not a bad side, not as bad as they played against Cork, and I expect huge improvements.

"It’s a do-or-die game, because whoever loses this will not make the semis."

O'Sé may be on the money in relation to his last point. A loss for the Kingdom and they may find things even harder against Donegal at Croker on Sunday week. The thought of their season being over after two games of the Super 8s would be hard to fathom for their fans.

Mayo, you would think would be confident of getting their season back on track against Meath if defeat is their lot in Killarney.

Kerry have made one change to their starting XV from the side that won a seventh successive Munster crown on 22 June.

Dr Crokes wing forward Micheál Burns has been promoted to the first fifteen with Jack Barry dropping out.

All told, it is set up for a cracking game on Sunday. 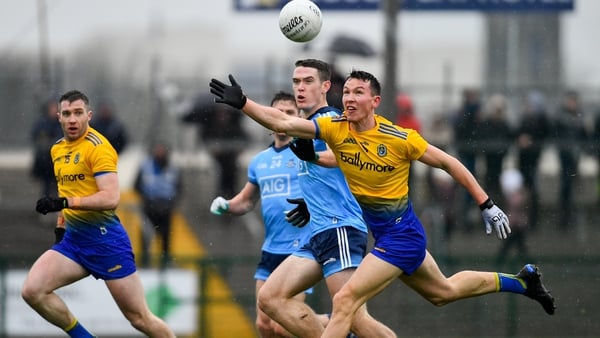 All you need to know: Allianz Football League round 1 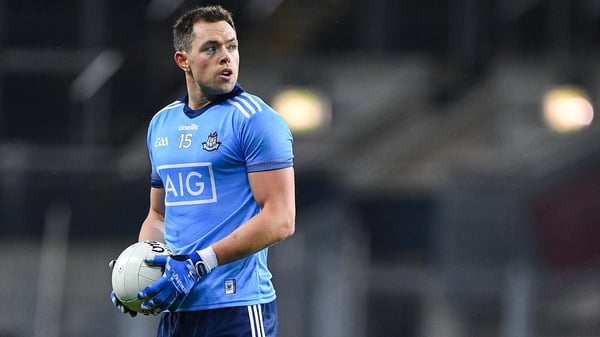 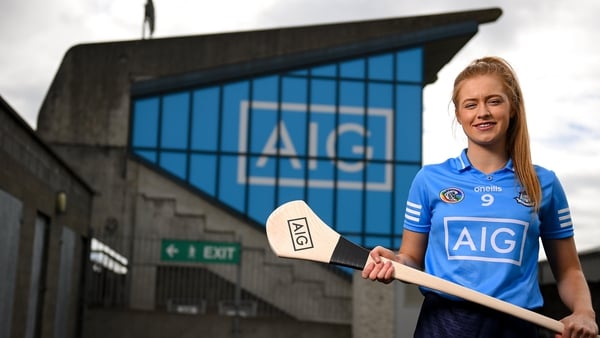