A filmed report set to instrumental music for the series 'The Showband Show'.

Santa Claus delivers a present to a young boy in a bungalow. The boy is not happy with his present so Brendan Bowyer and the Royal Showband and ladies go shopping around O'Connell Street and Henry Street in Dublin city centre. They go to the Roches Stores department store on Henry Street, look at various presents and then play with toy guns. The boy is happy with his new present although he does not open the box. 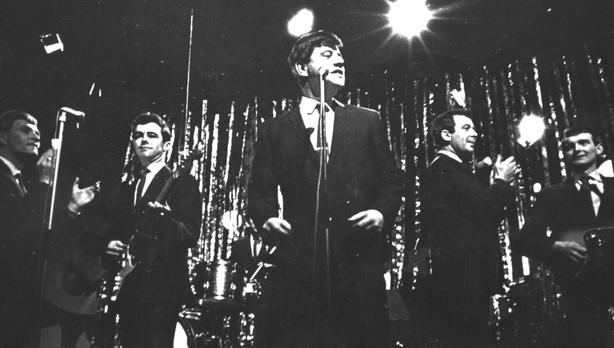 The Royal Showband with Brendan Bowyer

'The Showband Show' was a music series featuring performances from Ireland's popular artists. The series was broadcast during the 1960s. The film insert here was broadcast as part of a Christmas day special featuring The Royal Showband from 1963.