The people and town of Dungarvan in Waterford star in the opening sequence for 'Hall's Pictorial Weekly'.

It is a busy afternoon at the harbour town of Dungarvan (Dún Garbhán in Irish) County Waterford. People go about their business and a car requires a push start. Some young people enjoy a lift on the back of a trailer and locals are happy to say hello to the camera. Parcel post is being delivered and dogs seem to be the preferred choice of pets in this friendly town in the sunny south east. 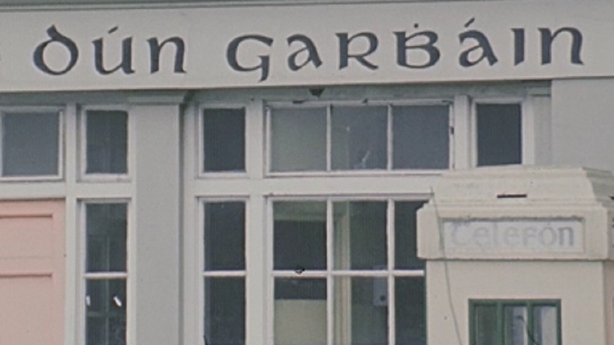 This episode of ‘Hall’s Pictorial Weekly’ was broadcast on 29 April 1976.