A look at the life of the blind harpist, composer and bard Turlough O'Carolan.

Ronnie Drew tells the story of Carolan, the blind harper, whose turbulent life produced a feast of songs and music, much of which remains popular to this day.

You may not have a note of music in you but if you live in Ireland, there's one musical instrument you couldn’t help being familiar with.

The harp is synonymous with Ireland and can be found on coins, income tax forms and official documentation. There can not be a day that passes without seeing a picture of a harp yet it is not so often that you hear Ireland’s national instrument being played.

Ronnie Drew takes a look back at the history of the harp to the days when no big house in Ireland was complete without its "harper" who carried on a tradition stretching back to the earliest days of civilisation as is evident in the carvings of harps. 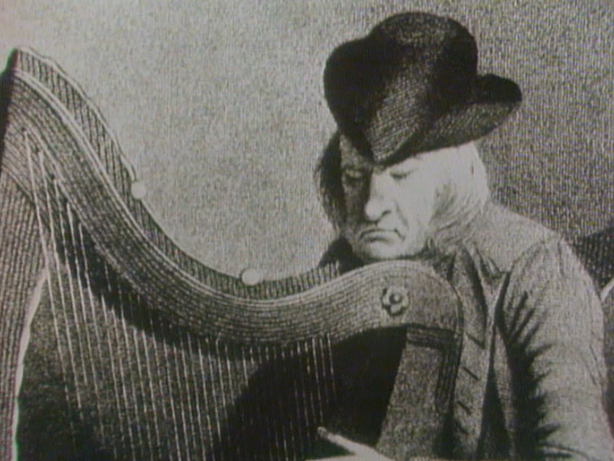 The harper played for special occasions like weddings and funerals and teaching others the skills of playing a harp which took a long time to learn.

You had to start before you were ten years of age or your fingers would be too stiff.

Many players aspired to the level of talent of Turlough O’Carolan, often called the last of the Irish harpers.

Born in Newtown in County Meath in 1670. At the age of about 14, he moved along with his family to Roscommon. At the age of 18, he caught smallpox and went completely blind as a result of the illness. In those days, there weren’t many things that blind people could do to earn a living. Mrs MacDermott Roe showed an interest in young Turlough and paid for him to learn the harp and write music despite the fact that he was coming to the instrument quite late if he wanted to become a professional. 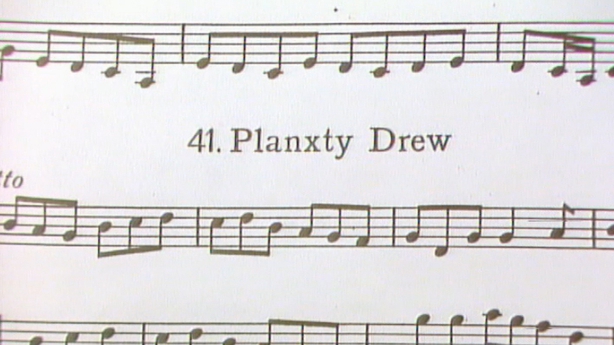 After three years of training, Turlough O’Carolan was ready to play professionally. He performed jolly tunes known as planxties for which he became synonymous.

'Irish Men and Irish Women: Carolan’ was broadcast on 9 October 1975. The presenter is Ronnie Drew.