Attempting to quench a gorse fire on Dalkey Island.

The fire which has been raging threatens the goats and gannets of Dalkey Island with extinction and turning.

Frustrated by the lack of official action over the fire, concerned local people have rallied to try and put out the fire themselves.

The locals have acted by taking boats to the island and forming a human chain with buckets of water to douse the fire. 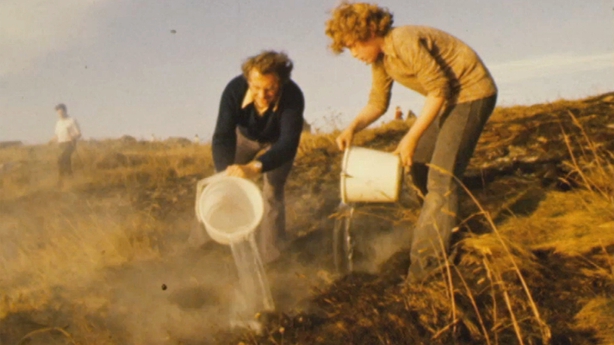 An RTÉ News report broadcast on 8 August 1975. The footage shown here is mute.