The British Army stop and search civilians in Belfast city centre following a night of violence.

Violence in Belfast the previous night on the Shankill Road, where a member of the RUC (Royal Ulster Constabulary) Victor Arbuckle was shot dead by Loyalists. Two Protestant civilians, George Dickie and Herbert Hawe were shot and fatally wounded by British Army soldiers during rioting.

Today the streets are almost empty of pedestrians, and many who are out on their way to or from work are stopped and searched by British soldiers.

Motorists face traffic diversions as barricades are still blocking the entrance to some streets. Delays as both the RUC and British soldiers stop drivers for questioning and checks on vehicles. 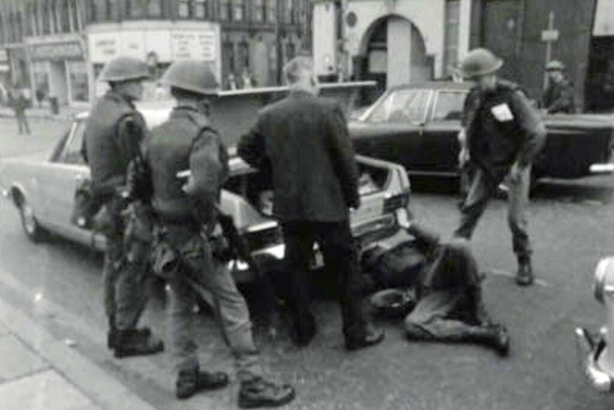 An RTÉ News report broadcast on 12 October 1969. This report is mute.