Mondello Park the home of motor sport is the venue for Ireland's first festival dedicated to trucks.

The 'Lady Louise', a state of the art truck all the way from Alaska, is one of the highlights at TruckFest '93, the first trucker event of its kind in the Republic of Ireland.

Sheila McCabe, head of the Road Haulage Association, spoke to reporter Jim Miley about being a woman at the head of the association.

Women are the backbone of the transport industry in this country.

Nobody drives a truck unless they're getting lots of job satisfaction.

TruckFest is the first festival of its kind in the Republic of Ireland, and despite the weather, the crowds have turned out demonstrating the interest people have in trucks. 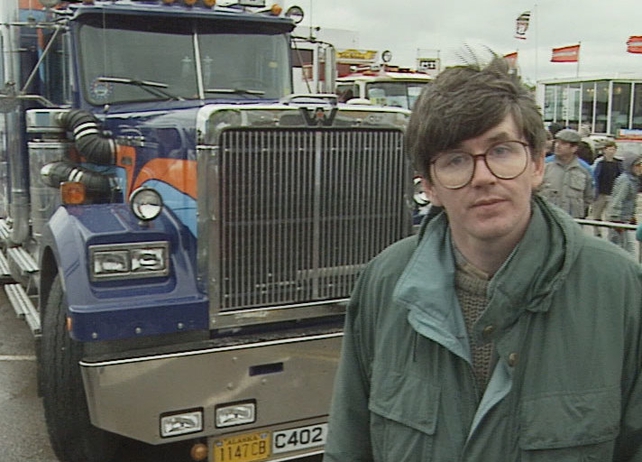 'Summer Signpost' was broadcast on 15 June 1993. The reporter is Jim Miley.