A housing development with a difference in Tipperary. Can this new approach to providing homes be replicated across the country?

A group of twenty four houses just outside the town of Carrick-on-Suir, three bedrooms, neatly kept front gardens, small white fences between each, a big green in the middle.

How does this scheme differ from any other private housing development?

The project is distinct from regular housing schemes in terms of how it is organised and the financial terms for the buyers.

In 1971, a group of people from Carrick-on-Suir came together as a cooperative venture to build houses their own way. They obtained land from the local authority, who developed the site and the coop arranged the building contract.

Each house cost £3,380 and with local authority and government grants, loans for £3,000 each so that coop members only had a deposit of £300 to pay.

The first twenty-four houses are now completed and families have moved in. Plans are also afoot to build a playground for the children. The aim is to build a further fifty four houses.

Each house is sited on an eighth of an acre with a floor area of 1,020 square feet. The price includes kitchen and bathroom fittings as well as fitted wardrobes. For an additional £380, central heating can be laid on.

For NABCO (the Co-operative Building Association) the housing scheme in Carrick-on-Suir represents a flagship development. It shows what can be done when the local authority makes enough land available for planned, unified development.

The secretary of the Carrick Co-op Donal O'Callaghan outlines their achievements to date.

We have created a community which is of vital importance for anybody living together. Secondly, I think we have housed people in both the lower income group and in the middle income group. All these people have been able to afford this type of house.

Mr O'Callaghan describes what needs to be done to expand the cooperative model throughout the country. He sees education on the benefits of cooperative housing as vital to its success as well as the provision of services to ensure its success.

We can see here that the house that is built by the cooperative is equal at least to the house built by the speculator yet there's a vast difference in the actual cost of the house. 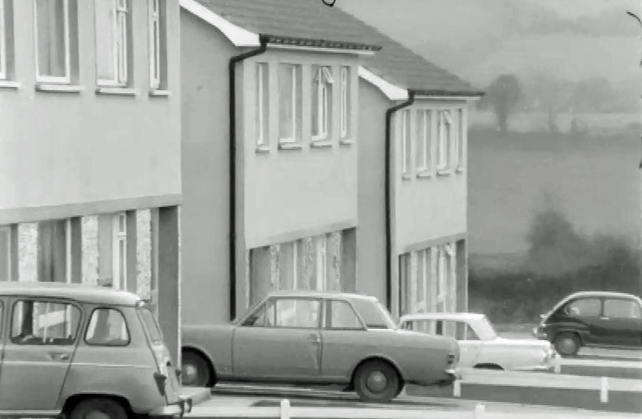 The gap in pricing is money in the hands of the speculator. If you remove this gap, then housing becomes within the grasp of the ordinary people. For this to happen,  Mr O'Callaghan believes that there is a need for government intervention.

This episode of 'Tangents' was broadcast on 4 April 1973.