The Book of Kells is the inspiration for a French furniture maker living and working in Ireland.

A French designer Guy Monteilhet makes furniture heavily influenced by the creativity of Celtic art. Shay Healy went to meets him to find out about his work.

I don't know how the ancient monks of Ireland would feel about it but I'm sitting on the Book of Kells. 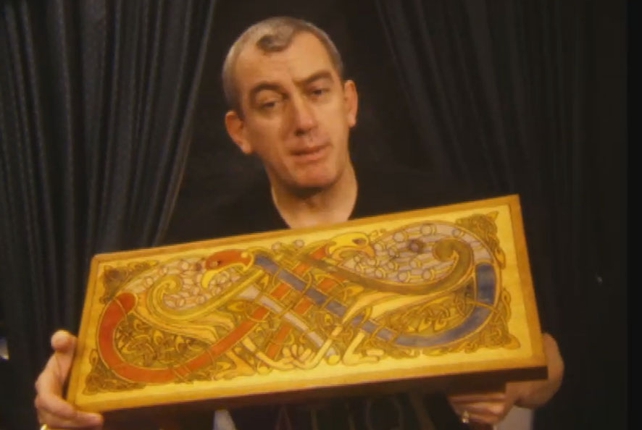 Guy Monteilhe has made furniture using designs from The Book of Kells and describes to Shay his work process.

Initially Guy came for a holiday to west Clare but has been living in Ireland for twenty-five years.

This episode of 'Evening Extra' was broadcast on 14 December 1987. The presenter is Shay Healy. Dubliner Dominic Murphy shares his hopes, dreams and ambitions for the future.