Dublin City Council has launched a conservation plan for Henrietta Street in central Dublin, one of the first examples of Georgian architecture in the capital.

Often called the hidden jewel, Henrietta Street built in 1721 is a street full of atmosphere and fine interiors. While some of the buildings are occupied by residents, many are in a state of disrepair.

Dublin City Council has launched a conservation plan for Henrietta Street and Martin Kavanagh is confident this forgotten part of Georgian Dublin will now be,

Preserved for future generations both in the contest of Ireland’s heritage and the context of European and world heritage as well, because it is that important.

Remarkably intact in places, it’s a hugely important record architecturally, a record of settlement and in fact it really wouldn’t overstate things to say that it has, and will have the same importance of a Clonmacnoise into the future.

Dublin City Council plans to conserve and restore Henrietta Street its former splendour, and some of the recommendations to be implemented include the replacement of inappropriate traffic bollards and the setting up of a trust to fund preservation works.

An RTÉ News report broadcast on 13 December 2006. The reporter is Gareth O'Connor. 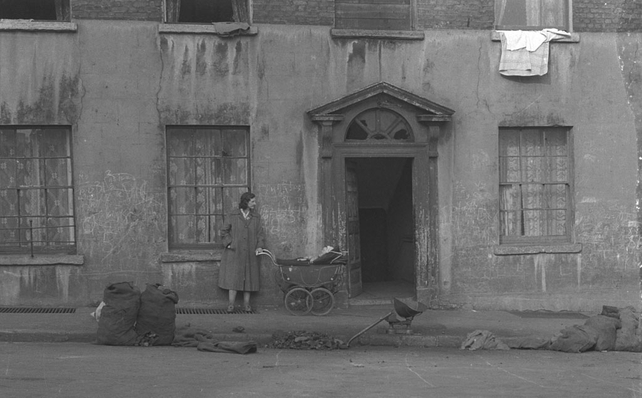