Economic decline in Sheriff Street Dublin is resulting in social deprivation for the residents and the community.

This clip from the documentary 'It's A Hard Auld Station' looks at the role that private ownership has played in contributing to the current social and economic conditions. Dublin city centre has a population of around 25,000 people living in interconnecting communities and all facing social problems.

Technological advancements in machines and transport have led to the displacement of workers and whole communities dependent upon labour intensive employment. One of the more notable examples being the docklands with the introduction of a "rational" approach to labour with devastating consequences for communities near the docks, including Sheriff Street. The work once done by a crew of forty can now be done by four.

Tessie McMahon is a mother of two living in Sheriff Street provides a picture of what life is like in Sheriff Street, from the deprivation resulting from unemployment and the lack of amenities and services in the area.

It's a flats complex built to give the once trident docks a labour pool. The flats were designed cheaply and to house as many families in the smallest spaces.

With work no longer available in the docks, the idea of having a secure job is a distant memory. 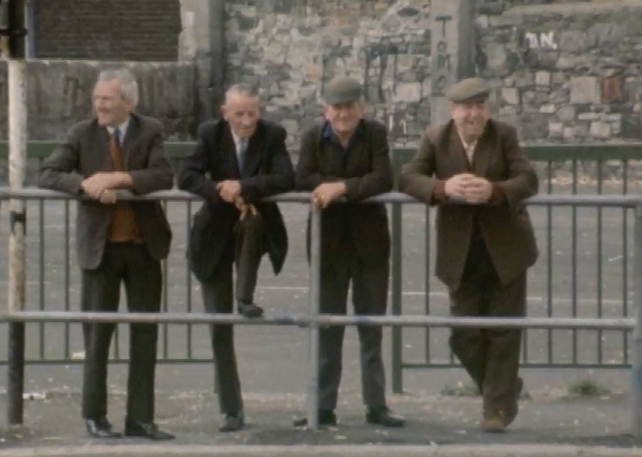 During the production of 'It's A Hard Auld Station' RTÉ gave facilities to Sheriff Street Community Development Association to make a programme about their area and the problems the community face on a daily basis. What resulted was a profile of an area struggling to survive the death of the docklands.