Toys, photographs and other items from the Irish Folklife Collection of the National Museum of Ireland are on display at Collins Barracks in Dublin.

Down Memory Lane: Childhood in the 1950s is an exhibition that tells a story of innocence and hardship in the Ireland. Favourite toys such as ludo, dominoes, spinning tops, catapults, whistles and Meccano model kits are on view.

Curator Clodagh Doyle found it difficult to source photography of children indoors from the period as flash photography was expensive at the time. One photograph featured in the exhibition shows Bríd Hughes wearing her communion dress that came all the way from America. 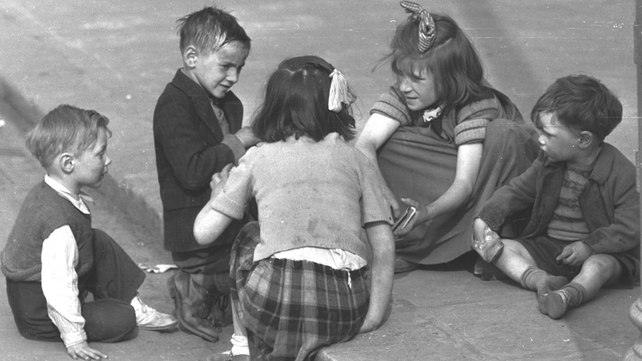 Dr Patrick Wallace, Director of the National Museum of Ireland says the toys in the exhibition are classless

They relate to children of all ages, all grades of income and poverty, rural and urban, they refer to everybody.

An RTÉ News report broadcast on 10 August 2006. The reporter is Niamh Nolan.