Following their executions for their roles in the War of Independence 10 men were buried in the yard of Mountjoy Prison.

Collectively known as ‘The Forgotten Ten’, this group included Kevin Barry, the first Irish Volunteer to be executed by the British during the War of Independence. Buried alongside Barry in the plot were Frank Flood, Patrick Moran, Thomas Whelan, Thomas Traynor, Patrick Doyle, Thomas Bryan, Bernard Ryan, Edmond Foley and Patrick Maher.

In recent years attempts have been made to have their remains exhumed, but not all family members of the men agreed with the proposal. On the 80th anniversary of the execution of Kevin Barry, the Irish government gave permission for the bodies of the Forgotten Ten to be exhumed and reburied in the Republican plot of Glasnevin cemetery.

At the unveiling of a plaque in Mountjoy Prison, Minister for Justice John O'Donohgue said all of the necessary legal documentation will be sent to the families so they can request an exhumation if that is their collective wish. It is likely the exhumation and reburial will take place in early 2001.

An RTÉ News report broadcast on 1 November 2000. The reporter is Deirdre McCarthy. 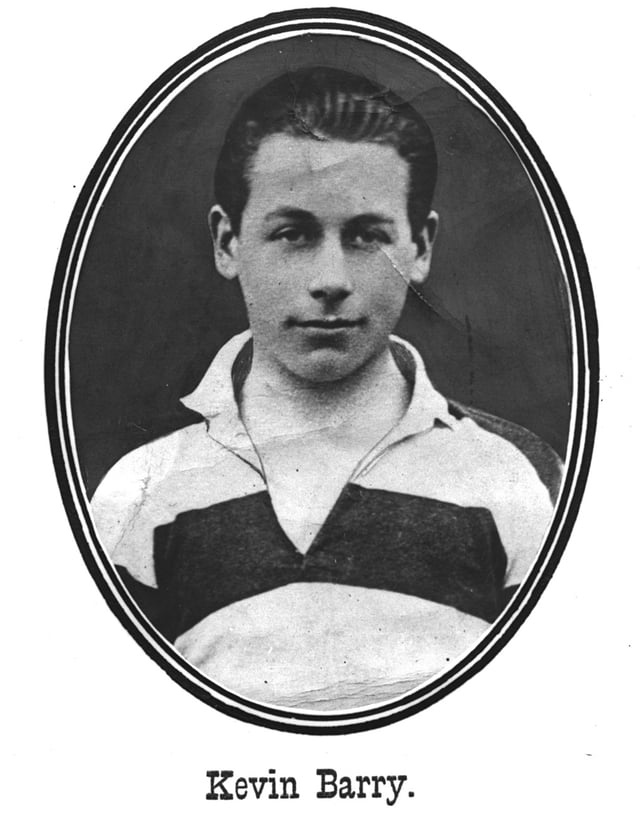