Artist Gearóid Edmonds from Castleconnell in County Limerick paints with both his hands. This allows him to do abstract work, as he can apply two or three different colours at the one time. His first ambition was to be a violinist so he trained himself to write with his left hand as well as his right. He found that he could concentrate on two different ideas at the same time, which led him to ambidextrous painting.

An RTÉ News report from 6 March 1985. The reporter is Michael Walsh. 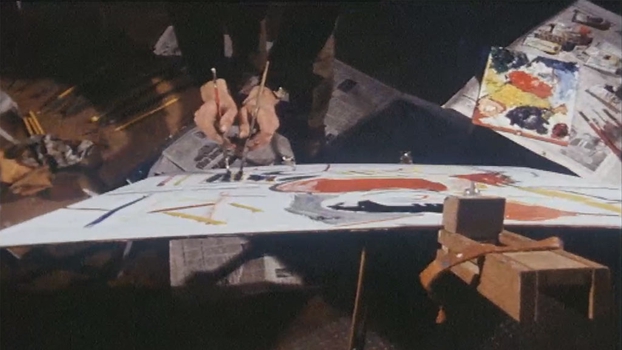