Stalemate as Ireland and England play out a scoreless draw at Lansdowne Road.

Heavy rain had turned the playing surface into a mud bath and at times reduced the contest to a lottery with moments of comedy as the players struggled to hold on to their footing and the ball.  The conditions also made the 75th game between the two countries a tough physical encounter as Ireland and England played out the first nil all draw since 1910.

The highlights shown here are taken from 'Sports Special' broadcast 10 February 1963. The commentator is Fred Cogley. 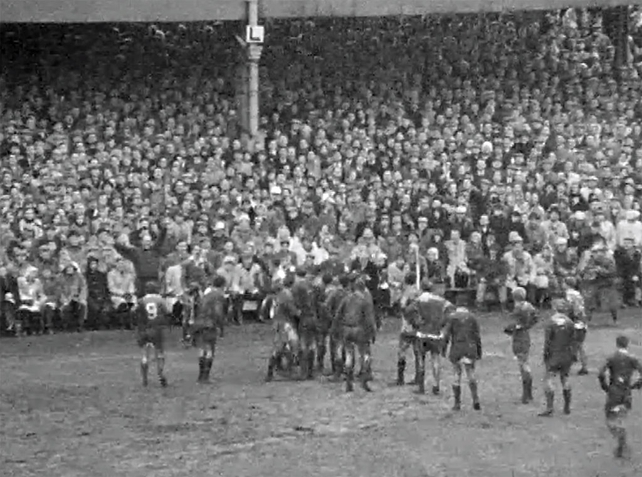