A view of Northern Ireland from south of the border.

‘Sixty Five: Heart of thy Neighbour’ is a programme about life and discrimination in Northern Ireland presented by John O'Donoghue.

The programme is intercut with voice overs of Protestants and Catholics living in the North who describe life in the North and what it means to be Protestant or Catholic.

'Heart of thy Neighbour’ was intended to provide an insight for viewers in the Republic of Ireland into the complexities of life across the border in Northern Ireland. The programme also looks at the impact of the meeting between An Taoiseach Sean Lemass and Prime Minister Captain O'Neill.

This clip shows an interview with a man who describes the differences between a Protestant agnostic and a Catholic agnostic.

Northern Ireland Protestants are afraid of Roman Catholics. Fear is the essential cause of bigotry and they're afraid that they'll be drawn into a union with the Republic.

This episode of 'Sixty Five' titled 'Heart of thy Neighbour' was broadcast on 28 January 1965. The presenter is John O'Donoghue. 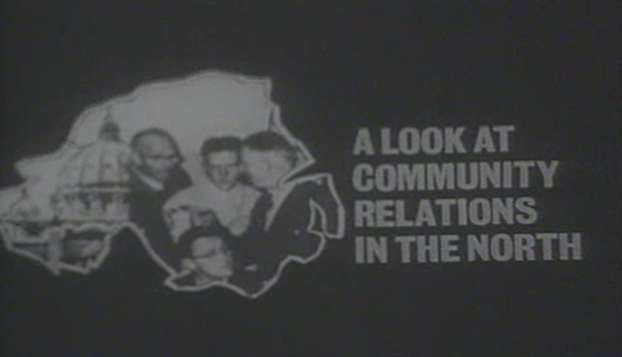