A recording of 'The Rosary' by Pope John Paul II went on sale in Ireland in 1994. However, similar success in Ireland remains to be seen.

Anne Cassin reports for RTÉ News and speaks to Fr. Colm Kilcoyne by telephone about the success of the CD. Fr. Kilcoyne also features on the English language version of the CD, which was recorded at Knock Shrine, county Mayo.

The Pope recites the Latin version of The Rosary on the CD.

The release of the CD follows on from the Pope's recent success with publishing his book 'Crossing the Threshold of Hope' which sold over 2 million copies.

The CD went on to top the charts in Spain. 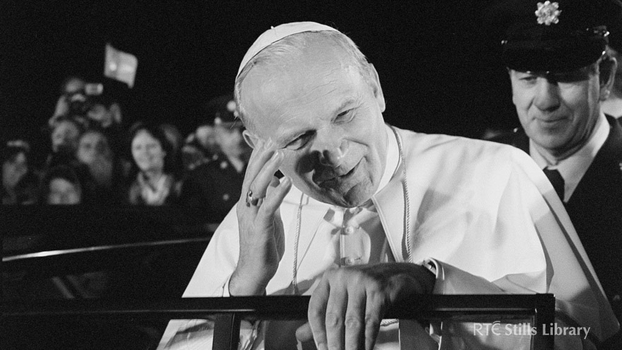