Prayers at Knock to celebrate the founder of the Pioneer Total Abstinence Association.

Some 50,000 pioneers gathered in Knock to celebrate the centenary year of the Holy Offering, a prayer written by Fr James Cullen, founder of the Pioneer Total Abstinence Association.

Reciting the Holy Offering is central to being a pioneer, along with abstinence from alcohol. The only drink available at Knock that day was Adam's ale.

During Mass Bishop of Down and Conor Cathal Daly spoke about the growing problem of alcohol abuse in Ireland, and accused governments north and south of inaction,

Why has the government been so pussy-footed in its attitude to the drink problem? 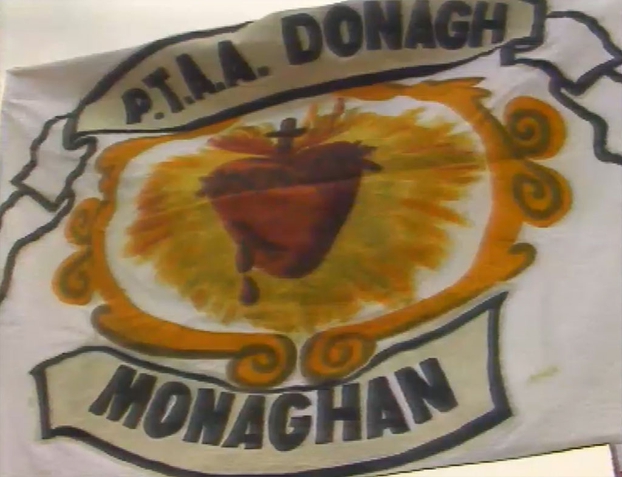 An RTÉ News report broadcast on 18 June 1989. The reporter is Kieron Wood.