Following his victory in the tour of Italy Stephen Roche talks about the difficulty of the race, antagonism from the crowd, support from his team, and his plans for the Tour de France which is only two weeks away.

This episode of 'Sports Stadium' was broadcast on 13 June 1987. The reporter is Des Cahill. 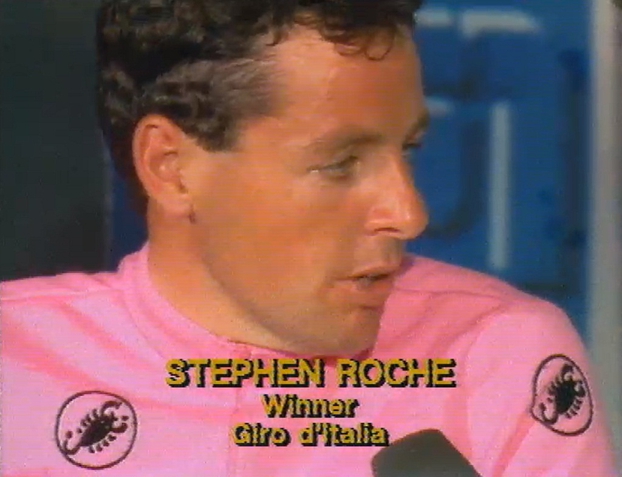