Following a Tour de France triumph Stephen Roche heads to his native Dublin where a rapturous welcome greets him.

Before leaving Paris Stephen Roche and his wife Lydia take a look at the international press coverage. This was big news and Ireland was on the front page.

At Dublin Airport, he was greeted by government ministers, supporters and family members all wanting to share his success and wish him well. 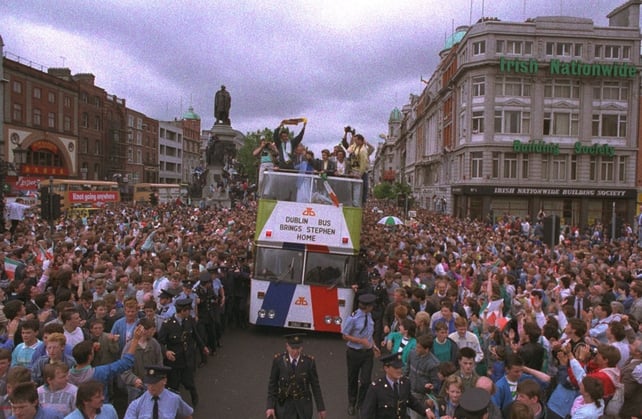 An RTÉ News report broadcast on 27 July 1987. The reporter is Vere Wynn-Jones.