The population in this part of Donegal the population has grown in recent years. How will people make a living?

'Gaeltacht' visits Donegal to see how people make a living and survive in such a scenic but remote spot. Fishing, farming cutting and selling turf, light industries and tourism are the main sources of income in this Donegal Gaeltacht town.

Aindreas O'Gallchoir visits Mount Errigal and Gweedore (Gaoth Dobhair). With a growing population how do people make a living? Local school teacher and part-time fisherman Seán McGinley who talks about making a living and the future of tourism and turf cutting.

The programme was filmed on location in Gweedore, Ranafast, Crolly, Falcarragh and Annagry in July and August 1968.

This episode of 'Gaeltacht' was broadcast on 3 April 1969. The presenter is Aindreas O'Gallchoir. This version of the broadcast includes subtitles in English. 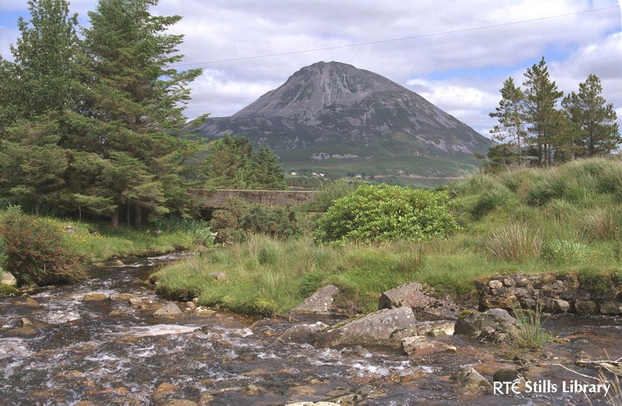