Ireland is found guilty of the violation of human rights against one of its citizens, Josie Airey.

Cork woman Josie (Johanna) Airey became a household name when she took the Irish government to the Court of Human Rights in Strasbourg having failed to get legal aid. Unable to obtain a legal separation from her violent husband because Josie Airey could not afford the legal fees. Supported by the Free Legal Advice Centres (FLAC) and represented by Mary Robinson, Josie Airey won her case.

I told him I wanted to leave him and live my own life.

Josie Airey talks about the circumstances leading up to her separation and the legal and financial obstacles she faced.

At the time the Irish State only supplied legal aid to those accused of crimes.

Maureen Black (Citizen's Advice Bureau, Cork) describes the plight of many women in the same or similar situation to Josie Airey.

A ‘Frontline’ report broadcast on 2 April 1979. The reporter is Colum Kenny. 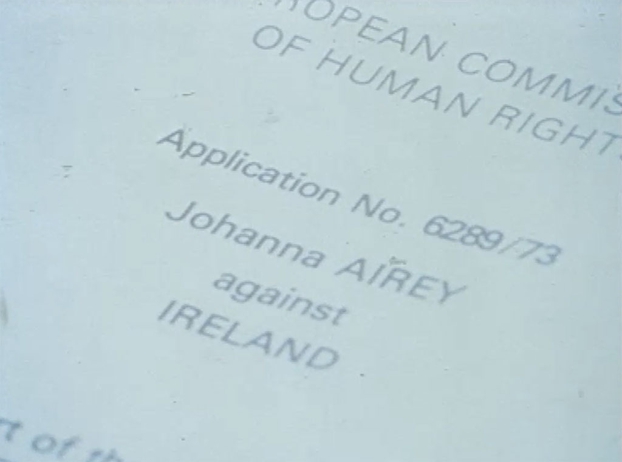