The story of Irish emigration to England spans decades and reasons vary from social to economic.

From the series 'Horizon: The Other Man's Grass' a look at the plight of the Irish in Britain. This second part of the Horizon series looks at the housing problems faced by the Irish emigrating to Britain.

This excerpt from the programme visits the Irish Centre in London. which was opened in the 1950s by a group of priests and lay men. The centre acts primarily as a welfare centre, helping Irish people to find jobs and providing somewhere to live.

The Irish Centre has a number of hostels where short term accommodation can be provided. The normal charge for a "boy" to stay at the hostel is four pounds a week, which includes meals. The charge for a "girl" is less. The hostel is used as a stop gap until the emigrants get used to living in the city of London.

The Irish Centre also acts as a social setting for the Irish community living in London and organises events to bring them together. This excerpt includes a group of men including a priest talking about the future of the Irish Centre and the plans for expansion.

One of the commentators featured in this extract is Father Eamonn Casey, director of the Catholic Housing Aid Society, who talks about the loneliness of life in London. 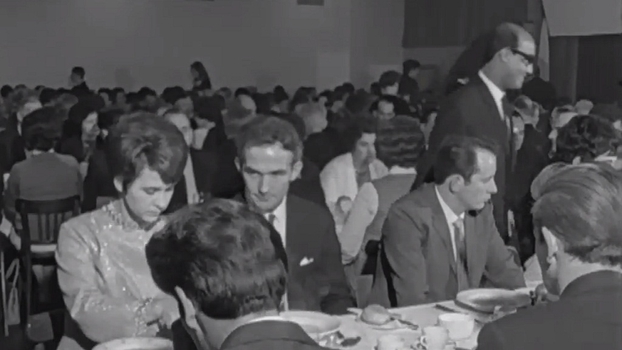