The final episode of 'Tolka Row' was broadcast on RTÉ Television on 7 June 1968.

'Tolka Row' was RTÉ Television's first soap opera, which followed the fortunes of the Nolan family and their neighbours living in a housing estate on the northside of Dublin city. In this scene from the final episode, Jack and Rita Nolan discuss their pending emigration to England.

The series began broadcasting on 3 January 1964 and the final programme was broadcast 7 June 1968. 'Tolka Row' was derived from Maura Laverty's popular play of the same name.

Below is the cover page from the final script of Tolka Row. 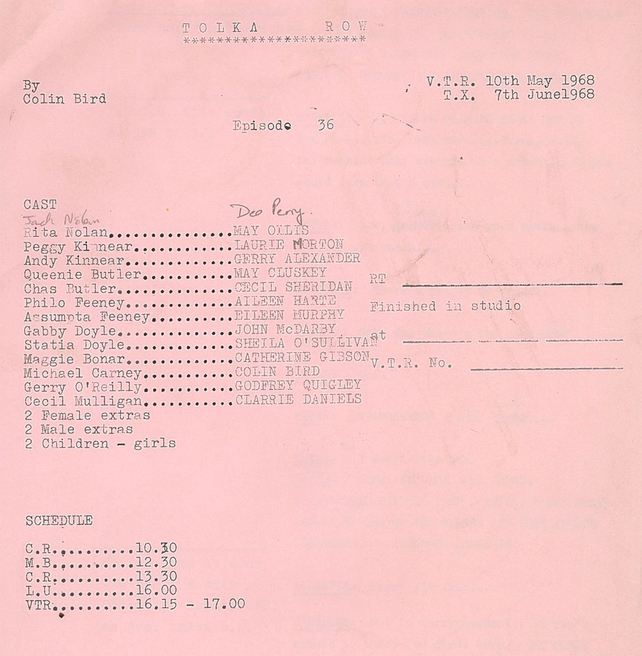