Game of Thrones and Avengers: Endgame were among the big winners at the MTV Movie and TV Awards on Monday night, being named best show and best movie respectively.

Released in April, Endgame has been a huge commercial success and is second only to Avatar in the list of highest grossing films ever made.

Anthony Russo, who directed the film with his brother Joe, accepted the prize for best film after seeing off competition from BlacKkKlansman, Spider-Man: Into the Spider-Verse, To All the Boys I've Loved Before and Us.

"A movie like this one is only possible because it's been built on the shoulders of so much great work, so many talented artists and storytellers stretching back decades and generations now," he said.

"All the way back to its origins with the late, great Stan Lee."

Marvel also scooped a prize for Captain Marvel, with Brie Larson, who plays the titular character, accepting the award for best fight.

Despite mixed reactions to Game of Thrones' eighth and final season, it won best show at the ceremony.

MTV have not had separate gender categories for acting performances since 2017, with both the TV and film trophies taken home by women this year.

Dwayne 'The Rock' Johnson was honoured with the generation award. 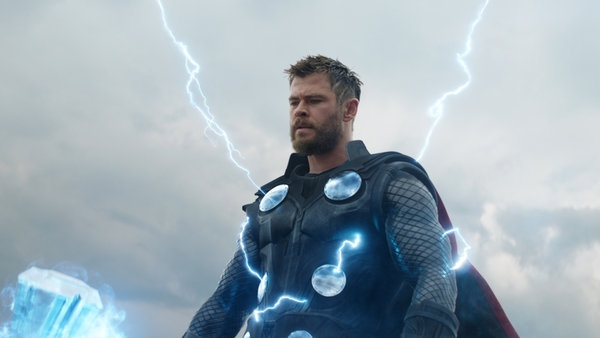