Game of Thrones has come to a conclusion, but was it a fitting end to the biggest show on TV?

Spoiler alert for anyone who has not seen the episode.

Ending Game of Thrones was never going to be easy, especially on the back of the its worst season, but I can’t help but feel a little hard done by with how the final finale of the show played out.

I suppose one saving grace was that after such a disappointing run this year, my expectations were at an all time low. I really wanted to like this week’s episode but I just couldn’t, it didn’t do justice to the seven brilliant seasons that have come before it.

The finale started well, showing the aftermath of last week’s devastation as Tyrion and Jon walked through a wrecked King’s Landing with a big air of "what have we done" engulfing them.

This season has been tough on Tyrion, but this episode was one of redemption for him.

Tossing his Hand of the Queen pin aside, after uncovering the dead bodies of Jaime and Cersei, he was defeated in knowing that there was nothing he could do to reign Daenerys in anymore after her blatant refusal to acknowledge that she did anything wrong by burning a city of innocent people. A lost cause.

From his prison cell (he’s pretty much been a prisoner of everyone at this stage), he counsels Jon on love, duty and honour and sets in motion the saviour of the kingdom.

As Daenerys enters the throne room and approaches the Iron Throne, after which the episode was named, we are reminded of her vision from the House of the Undying, during which she walked towards the throne only to be distracted before she gets to sit on it.

Here, Jon arrives before she takes her throne and kills her. With the Azor Ahai prophecy it was long expected that Jon or Daenerys would have to kill the other and by doing so, Jon sets in motion a new era for Westeros. The wheel has been broken, the tyrants have been defeated.

Jon killing Daenerys is a huge deal, but even this was anticlimactic, and I’m baffled as to how he wasn’t killed by Greyworm, who has really lost the run of himself, and was taken prisoner instead. But this all happens conveniently off screen.

In the wake of Daenerys’ death, the lords and ladies of Westeros gather in the dragon pit to discuss the future of the kingdom. Jon is the rightful heir to the Iron Throne - well, it’s now gone - but he can’t run things after everything that has gone down, and I’m glad they didn’t just have him begrudgingly end up ruling. Why Greyworm had such a say in what happened to him is beyond me, especially then when he sets off to Naarth at the end of the episode anyway.

I get Tyrion’s point that he has survived against the odds and knows a lot because he’s the Three Eyed Raven, but, really? 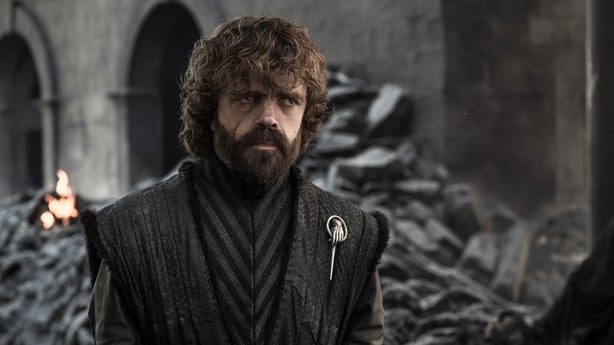 Dissolving the typical monarchy succession rules is a game changer for the future of the Six Kingdoms (go Sansa securing the North’s independence) but if it’s the heads of the main houses in the country picking the rulers all the time, surely the same kind of corruption will just begin again. Someone will always want to be more powerful than the others. Kings were killed left, right and centre on the show. It’s a nice thought but it can’t possibly be this happy ending forever.

Why they tried to make it a happy ending anyway is beyond me. Happiness and love are not the show’s strong points. I’d have much preferred something a bit ominous and dark, with just a tinge of hope, and it would fit in line with the tone of the series much more.

Jon rides off to Castle Black, finally pets Ghost and heads North of The Wall with Tormund and the Wildlings, his Night’s Watch oaths back in action. Both women he loved died in his arms, so maybe he’s ok with never loving another. And so ends the Targaryen line.

Arya is off to explore what’s west of Westeros, good for her, and Sansa is Queen in the North. She should be Queen of it all.

I found myself cringing more than I ever expected to with Game of Thrones, particularly when Sam presented Tyrion with a book entitled A Song of Ice and Fire, like, come on.

The ball was dropped for season eight as a whole and the finale was in keeping with what directly preceded it; it all should’ve been better.