The cutest bear on the big screen returns this week for another adventure in Paddington 2. Also worth seeing is Oscar-potential The Florida Project. If you're a fan of Wonder Woman you might be interested in Professor Marsten and the Wonder Women. Plus Only The Brave tells the story of the Yarnell Hill Fire in Arizona in June 2013 which resulted in the largest loss of life of emergency service personnel in the US since September 11

Paddington 2 *****
Three years on from reversing the ageing process on generations worldwide and inspiring a new audience with his first big screen adventure, Windsor Gardens' most famous resident has returned to work his ursine magic once again and leave people in better shape than he found them. His brand of slapstick and sweetness remains just as addictive as those sandwiches he keeps about his person - you joining in the fun is a match marmalade in Heaven. Read our full review here

The Florida Project ****1/2
The lament that Ireland becomes more like the US every day is brought home once again in Sean Baker's The Florida Project - a film that gives plenty of chills under the sun and which could end up 'doing a Moonlight' at next year's Oscars.

The setting is the $38-a-night Magic Castle Motel, which is both a few blocks and a million miles from Disneyworld. Among its residents are Halley (Bria Vinaite) and Moonee (Brooklynn Prince), a tearaway mother and daughter whose chaotic existence has you worrying from the off about what lies ahead. While Halley scams to pay the rent and butts heads with every adult she meets, Moonee runs wild around the Magic Castle and its environs - a whirlwind of sugar rush mischief. Read our full review here.

Only the Brave ***
The Yarnell Hill Fire in Arizona in June 2013 claimed the lives of 19 firefighters from the state's Granite Mountain Hotshots - the largest loss of life of emergency service personnel in the US since September 11.

Only the Brave tells their story.

Josh Brolin plays Eric Marsh, the Superintendent who has moulded the Granite Mountain Hotshots into an elite wildfire team. From the off, director Joseph Kosinski conveys the men's devotion to their local area, and vice versa. It's a testament to the stellar cast that you forget you are watching the actors and are completely invested in the people they are portraying. Read our full review here.

Conor McGregor: Notorious ***
It really is a brutal sight - blood sprays across the canvas, knees and elbows plough into chins, fists and feet fly and pummel torsos and heads, men are hit hard when they're down... Anyone who's seen a mixed martial arts match up close will know just how bloody savage they really are.

Director Gavin Fitzgerald doesn't hold back in this short, fast-moving and very well-made account of how Crumlin lad Conor McGregor rose from his local gym to the glittering lights, hype and vulgarity of major purse bouts in Las Vegas. With its slow motion, close-quarters capture of those viscerally violent fights, Notorious makes Raging Bull look like The Champ. Read our full review here.

The Killing of a Sacred Deer ****
Six months after it was rapturously received at Cannes, Colin Farrell's together-again thriller with The Lobster director Yorgos Lanthimos finally reaches our screens.

Has the wait been worth it? In many ways yes and in some no. The Killing of a Sacred Deer is a film that will divide audiences. All should agree, however, that they felt the chills on more than one occasion. Read our full review here.

All aboard for lovers of old school mystery and unusual suspects...

Sticking out on the big screen schedules like a dagger between the shoulder blades, Murder on the Orient Express finds Kenneth Branagh double-jobbing - calling the shots behind the lens while looking for clues in front of it. And his journey on the most (in)famous rail line in movie history features the most impressive of passenger manifests. Only a lack of space in the sleeper car prevents the presence of more big names. Read our full review here. 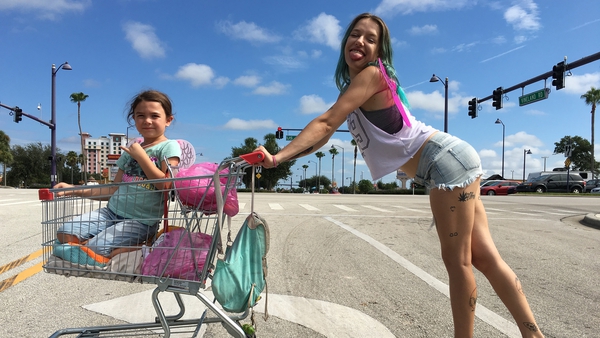