Work at Fermoy Golf Club in County Cork reveals the remains of an ancient settlement.

Professor of Archaeology Michael O'Kelly explains how the work on the golf course has unearthed a ring fort dating from the Early Christian period. The excavations also revealed an underground passage. It is now the job of the archaeological team to make a survey and a record of this for the national records of ancient monuments. 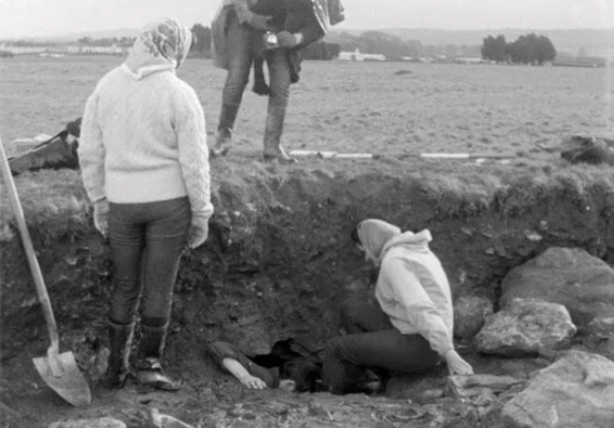 According to a count done by the late TJ Westropp, archaeologist and antiquarian, there are approximately thirty thousand similar ring forts spotted throughout the country.