Irish traditional singer songwriter and musician Andy Irvine with his version of 'The Plains of Kildare'.

Andy Irvine played at the National Stadium in Dublin in September 1985. The concert was recorded by RTÉ Television and broadcast as part of the 'Festival Folk' series on 27 January 1986.

Andy Irvine performs 'Stewball and the Monaghan Grey Mare' or 'The Plains of Kildare' on the bouziki.

He Introduces the final song in his performance as,

A song about the inimitable Stewball who came over to Ireland many years ago and had a race and won it and it was such an almighty victory that they wrote about ten songs about it.

This episode of ‘Festival Folk’ was broadcast on 27 January 1986. 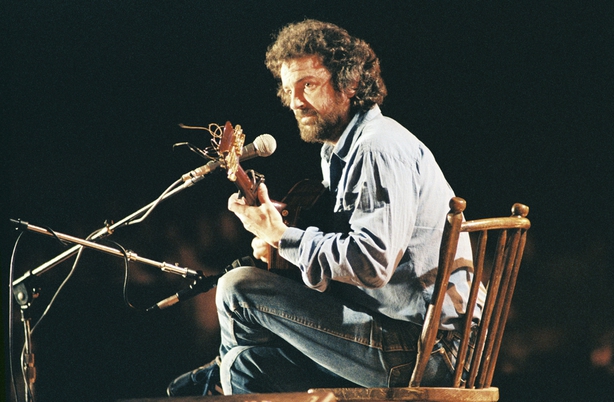 Andy Irvine at the National Stadium in Dublin (1985)

The first episode in this eleven-part series was televised on 9 December 1985. The series featured well-known folk singers and musicians. The programme was produced and directed by Ian McGarry.