The Late Late Toy Show begins with a slide and performance from the Billie Barry Kids.

Gay Byrne opens the Late Late Toy Show with a go on a slide.

It’s that time of year once again.

The first toy to feature is 'The Mushroom House’ a fibreglass children’s slide made in Carlow.

Heaven knows what’s going to happen in the next two hours or so. 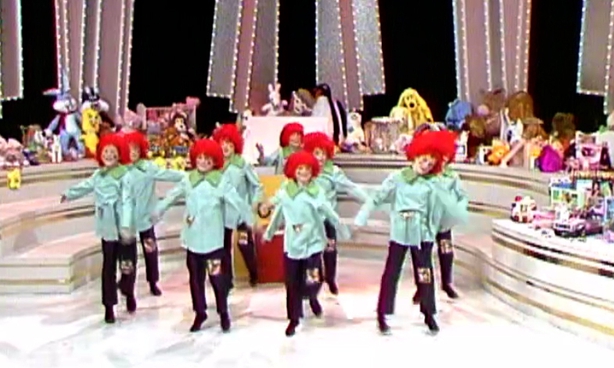 This episode of The Late Late Show was broadcast on 6 December 1985. The presenter is Gay Byrne. Two of the Toy Testers from 1980 Identified