Nationalists look to rebuild homes on Bombay Street in Belfast that were burned during violence in August.

A spate of intense violent events in August 1969 resulted in British troops being deployed in Northern Ireland. During three days of violent conflict in Belfast, all the houses on Bombay Street were burnt to the ground by loyalists leaving the mainly nationalist residents homeless. Many more properties on adjacent Conway Street and Norfolk Street were also destroyed.

It's the rebuilding of a street on the Fall's Road petrol bombed out of existence last August.

Following the riots, Bombay Street was abandoned as a wasteland along the so-called 'Peace Line' between Belfast Catholic and Protestant neighbours.

As a result of the destruction, forty four families lost their homes and were moved on to new or temporary accommodation. A group of volunteers came together to begin rebuilding homes in Bombay Street. The project has now become a possible threat to peace. Unionist councillors have called the scheme a political stunt and have suggested bulldozing the site. Unionists believe that the Bombay Street Housing Association is acting illegally and ignoring the city by-laws by commencing work without planning permission.

The Bombay Street area residents are not giving up hope of rebuilding the homes and the community. Stormont Labour MP Paddy Devlin is travelling to America to raise funds towards for the construction work.

Bombay Street is a live issue in Belfast. 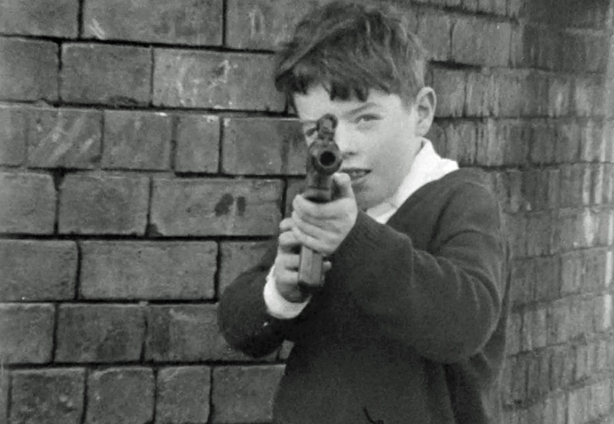 There is now talk of the army being brought in to oversee the demolition of the work done to date by the volunteers.

In late September 1969, Minister of Development Brian Faulkner announced that Bombay Street would be rebuilt. In early October, preliminary inquiries were made with the people who own the land. However, local government is slow to take action and it was not until early December that the construction job was put out to tender. The final decision on which contractor will get the job will not be made until the council meets again in February.

The Bombay Street Housing Association, comprising a group of anonymous volunteers, stepped in frustrated by the slow progress. On 12 December, they began work on the site themselves with the help of volunteers including a solicitor, an architect, an engineer and skilled labourers. The project was funded by £4,000 from Bernadette Devlin's fund plus a further £3,000 from subscriptions. The total cost to rebuild thirty houses will be around £60,000.

West Belfast MP Gerry Fitt believes that it is the responsibility of the corporation and government to rebuild the street and the burden should not fall on the people of Northern Ireland.

A housing emergency has existed in Northern Ireland over a number of years but the corporation and the government did go out of their way because of the emotional aspect of this street being almost totally demolished. They have been rather slow but I still believe that they should be permitted to go ahead with the rebuilding of this street.

Gerry Fitt does not, however, agree with the hard line approach and language used by Alderman Lewis.

This episode of 'Seven Days' was broadcast on 9 January 1970. The reporter is Rodney Rice.