The people of Ballyduff in Waterford are the stars in the opening sequence from 'Hall's Pictorial Weekly'.

Located near the river Blackwater, sometimes called the Munster Blackwater (in Irish ‘An Abhainn Mhór’), Ballyduff and its inhabitants are the stars of ‘Hall’s Pictorial Weekly’ opening sequence.

Age is clearly no boundary for one lady, who demonstrates her football skills while on route through the village. People emerge from the post office to see what is going on, and a bread delivery is being made to Higgins’ shop.

Overall reactions to the arrival of the RTÉ camera crew in Ballyduff are mixed, ranging from avoidance to salutation. 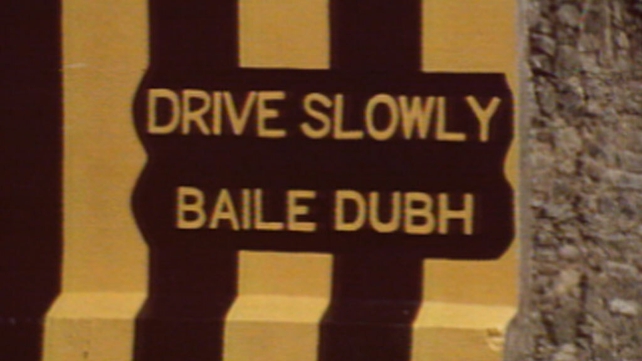 This episode of ‘Hall’s Pictorial Weekly’ was broadcast on 7 March 1979.