Flat or high, wooden or leather, for men or women, the history of shoes is the subject of a Northampton Museum which plots the evolution of footwear through the ages.

When the Lotus Shoe Company took over an old business in Stafford in England, a number of ancient and historic shoes were found. These shoes formed the nucleus of a shoe museum

Footwear expert at the Northampton Museum Ken Hamilton joins Gay Byrne to show a sample of shoes from the collection, proving that the fashion of shoes repeats itself over time. The craftsmanship is evident from the selection on display.

It's just modernised as it goes along. 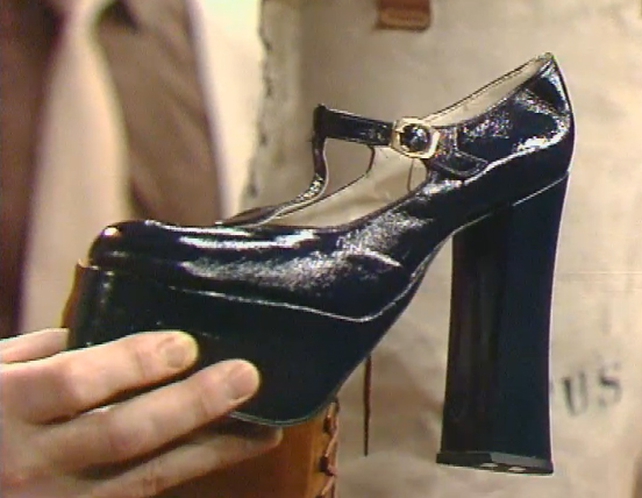 This episode of 'The Late Late Show' was broadcast on 30 January 1982.