In 1991 Gabby Logan (née Yorath) represented Leeds at the Rose of Tralee.

Gay Byrne chats to the Leeds Rose and future broadcaster Gabby Yorath in the Festival Dome during the 1991 Rose of Tralee Festival.

People call me Gabby because I talk a lot.

In the future Gabby plans to study Law and Politics at Durham University. When Gay Byrne asks what she will do then Gabby replies,

For her party piece, Gabby recites the poem 'Albert and The Lion' by Marriott Edgar. 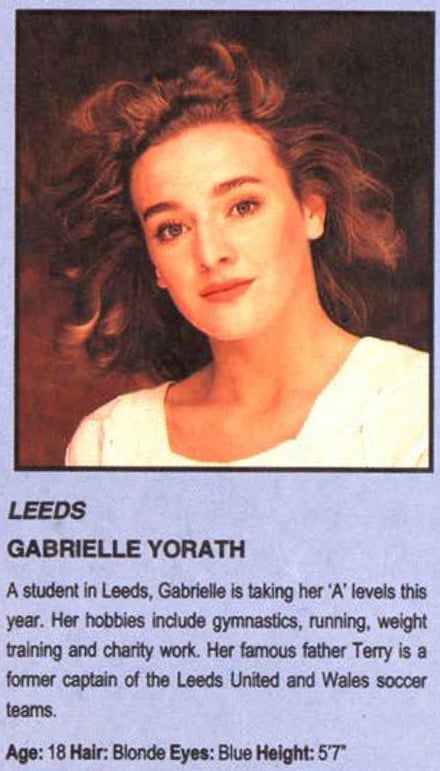 Born in 1973, Gabby is the daughter of former Welsh international footballer and manager Terry Yorath and his wife Christine. She married former Scotland international rugby union player Kenny Logan in 2001.

Part One of The Rose of Tralee presented by Gay Byrne was broadcast on 27 August 1991.

The 1991 Rose of Tralee was won by Cork Rose Denise Murphy.