The Communications Workers Union says that a proposal by An Post to introduce roadside mailboxes will not work because the public considers them a security risk.

Chris Hudson of the Communications Workers Union demonstrates how using a ruler and some tape post can be removed from the mailboxes. In a survey carried out in Wexford, 95% of respondents were opposed to the boxes and Chris Hudson points out his concern that the boxes are a,

Danger to our members jobs ... To people of urban and rural Ireland they are nothing but a menace. 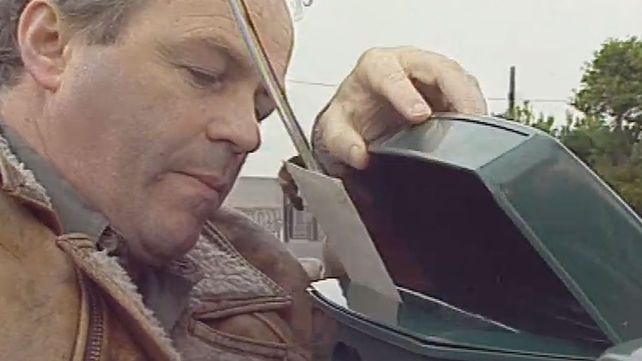 Fine Gael Communications spokeman, Austin Currie, TD says the Government is forced because of the protests to rethink on some of the proposals.

An RTÉ News report by Cathy Halloran broadcast on 8 June 1991.