Gerard Harvey, Chief Executive of An Post, unveiled a bronze plaque outside Riverstown Sub-Post Office, which won first place in its category in that year's Tidy Towns Competition. A visitor's book, kept by the post-mistress's Paddy Hourigan, may have impressed competition organisers Bord Fáilte. According to Seán Browne, they judge how neat, tidy, well-presented and friendly post-offices are.

While in Offaly, Harvey paid a visit to Birr to present a special award to postman Willie Shortt, who had never missed a day's work in 48 years. He had been working in Birr Post Office since 1936 and still had a few years to go before retirement.

An RTÉ News report broadcast on 13 November 1984. The reporter is Alasdair Jackson. 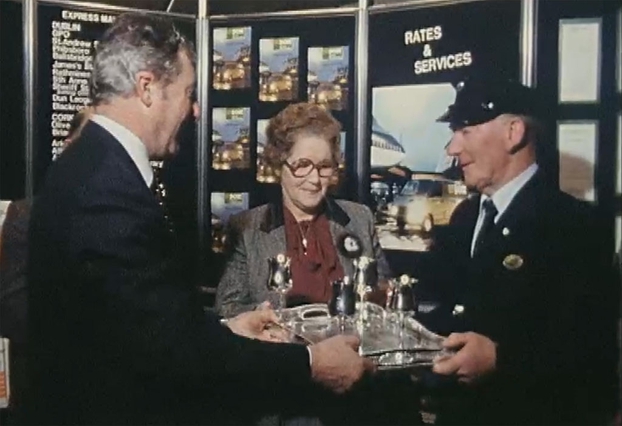