On 2 May 1981 H-Block Protesters and supporters of the hunger strikers in the Maze Prison in Northern Ireland, staged a protest at British Home Stores (BHS) on O'Connell Street in Dublin. 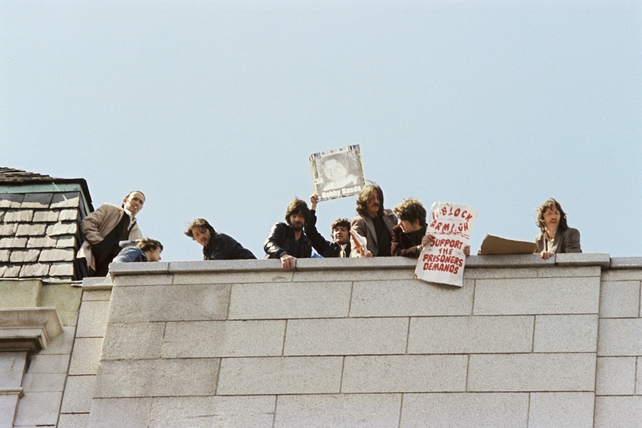 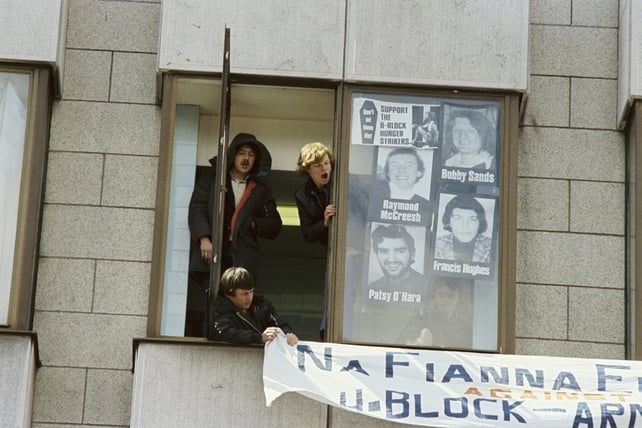 Protesters at the window of BHS O'Connell Street, Dublin (2 May, 1981)